Check me out somewhere else.... The Real Storm Tracker!

Posted by Bernice Vivian Winters at 7:52 PM No comments: 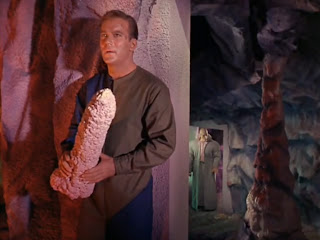 It seems that due to the changing attitudes about sex in China, these incidents are on the rise as is  the purchasing of sex toys.

Posted by Bernice Vivian Winters at 10:42 AM No comments:

Email ThisBlogThis!Share to TwitterShare to FacebookShare to Pinterest
Labels: Just Messed Up

So, I found out last weekend that my bo had a scam in high school. He was making the mad loot by selling Butterfingers to end racism. Ain't that some foreshadowing doggy doggy world shit.

It's neato, BITCHES
Posted by Bernice Vivian Winters at 5:50 PM No comments:

I probably need to be Trapped in a Closet

Yes, the classic Crawdaddy is back! The mastermind of underage fuckery and r&b genius is ready to bring out all the midgets under sinks and skeletons out of the closet on Novemeber 23. IFC will air the next episodes of Trapped in the Closet.

I'm more stoked for this than my Nanny's juicy turkey. Yes, my nanny can throw down! I'm sorry your g-maws turkey is dry. Ya'll need some extra giblet gravy to make your Charlie Brown Thanksgiving.

Schmanyways, here's the preview of Trapped in the Closet.


Also, here is Rrrrr with his new single...Feeling Single.

I know. I know.
Posted by Bernice Vivian Winters at 5:38 PM No comments:

I'm not on my Period

but this was the sweetest and I wept like a baby.
Posted by Bernice Vivian Winters at 5:20 PM No comments:

I swear this show just gives me chills! The acting, writing, and cinematography is just outstanding. After watching the first episode of Season 2, I'm just in freaking awe. All I can say is fuuuuuuuuck!

Who the fuck is the couple ready to screw in an asylum? Sorry, there is no need to strap one in or strap one on when you are ghost hunting. Scooby and the gang never did that shit. I can see rollin a doob and eating some scooby snacks but sex strapped on a bed where a guy named bloodyface haunts...

Glad to see Constance (Jessica Lange) and Tate (Evan Peters) back in new roles. Go, Team AHS. They lucked out for sure. Poor Connie Britton, stuck on Dallas  Nashville while Jessica and Tate scored.

Newwcomers of the show this season are definitely slow- to- elated- fast -clap for me. We get James Cromwell! This man looks mighty young sporting the Bruce Willis. We also get sweet cute Sarah Paulson. I just love her! Also, the woman who looks like Julia Duffy, Lily Rabe is filling in where Dylan McDermott's butt left off.

I was worried we weren't going to see much booty. Hehehe

Things I learned:
1. Don't try and get a blow job in a an asylum.
2. Relationships are freaking hard work.
3. Don't trust your girlfriend. She might just sign some papers and get your ass   committed.
4. Aliens are real.

5. Jessica Lange has fantasies too.
6. Red slips are a must, fashion moment.
7. Evan Peters is the first blonde I've ever been into besides Marylin M.
8. When I watch this show I need to have wine,a cig, and to have used the restroom before watching.
9. To take a breath.
10. That really is my favorite theme song of a show. I would make out to that music.
11. HMMMMMmmm could I be one of those people who might make out in an asylum?
Posted by Bernice Vivian Winters at 9:05 PM No comments:

It's just what I always wanted! I've been in need of an exercise bike I can ride in the water. Don't get me wrong, I think this is a great idea for the geriatrics but really. Can this contraption be a big seller?
The company claims that this bike has a higher intensity workout. It also allows the user to exert less effort while getting a lower body intense workout. Oh, it also regulates body temperature as to not sweat!

Seriously, people if sweating is a problem for you...die buy the Fitwet. I'm sure it's super cheap.


Posted by Bernice Vivian Winters at 5:30 AM No comments:

Oh kiddies, the Hulkster is back and ready to smack! HOgan is suing Bubba the Love Sponge for the Hullkster's leaked booty-making vid. HOgan likes to keep his low low on the DL.

Hulk's lawyers will come after you with the a sleeper hold if you have possession of or attempt to sale the canopy love of Hulk and Bubba's ex Heather Clem.


Posted by Bernice Vivian Winters at 5:47 PM No comments: