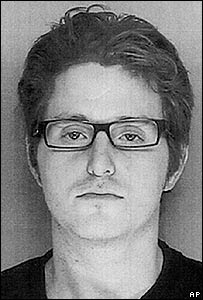 Oh son of Crawdaddy Michael Douglas, CAUGHT fucking blazed out in a hotel room with over $18,000.00 worth of Meth(story from NY Post). Cameron Douglas better be glad that Lindz Blowhan wasn't around. She would've bathed in that meth and found some unsuspecting actress to lick out(looking at you Misha Barton)...Hell she might've gone back to her old ways and given Cameron a Blow Pop. Hehehe Blow Pop. It's hard to put down the dick.
Stupid Cameron you could've gotten a blow pop from Lindz instead busta is locked up, won't let him out.


What will Crawdaddy Michael think? Fuck he doesn't care. He's just going to finger Catherine Zeta and forget all about it.
Posted by Bernice Vivian Winters at 4:33 PM